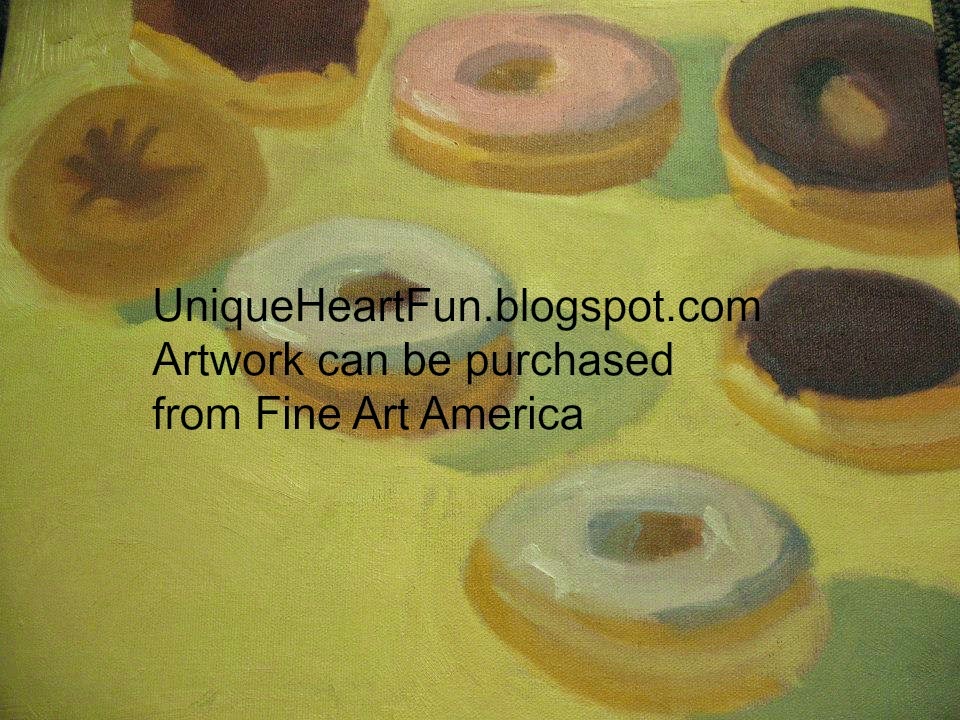 As I was flipping through my box of RedStar Yeast recipes, I kept coming across a recipe for Raised Doughnuts, alas it called for deep frying. Now, I didn't deep fry, not for any health reasons, but because I was scared. I was scared of being burnt by the hot oil, I was scared about not knowing when the oil was ready or when to take out the doughnuts. I hoped someone else would make them, as many of the RedStar Yeast recipes that I've tried have been delicious so far. I also don't usually get in the mood for doughnuts except when they are seasonal-meaning Chanukah time. We eat doughnuts on Chanukah because they're fried in oil and we want to commemorate the miracle that the oil lasted for eight nights.

It's the day before Chanukah, and I see the recipe again. Hmm, I figure you know what, I 'll make the dough and maybe someone else can do the frying. The dough seems really easy, just putting all the ingredients into the bread machine. I come across my first hurdle, the recipe calls for milk, I need these doughnuts to be dairy free. Awesome, RedStar says I can substitute water for the milk. First hurdle cleared. Second hurdle, some of the ingredients say they need to be at 80 degrees. I don't have a thermometer to check and my eggs are in the fridge.The water is already warm. I warm up the oil in the microwave and run warm water over the egg. I don't know if it's 80 degrees, but it will have to do. Second hurdle cleared. Third hurdle, the recipe I have is written for a Welbilt bread machine, that's not the company I own, so the instructions get confusing at this point for me, I just put it on dough. The recipe on the site seems to be more clear then what I had been using. Ok, third hurdle semi-cleared. Dough's ready. I needed to add flour to mine, but this may have been avoided had my recipe been clearer. How think should the dough be rolled out? I wasn't sure, so some of my doughnuts came out too think, I would say there should be a slight thickness (maybe 1/4-1/2 inch) to them and it's better they be too thick than too thin. The recipe says to use a doughnut cutter, I just used my misshapen circle cookie cutter. I let it rest for a half hour. 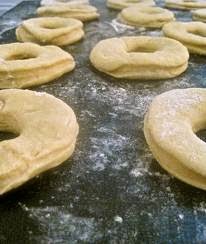 AAGH! Time for Deep Frying. I don't have a thermometer and I have never done this before. Google to the rescue. How to deep fry without a thermometer....a few different ideas turn up, but the one that appeals to me the most, was to heat one kernel of popcorn along with the oil and when the kernel pops, you know the oils is ready. It took a while for the oil to heat up, and the kernel to pop, but once I saw it popped, I started to gently slide in the doughnuts, a few at a time, fried each side until golden brown, and drained oil on a paper towel placed on a plate. Once they were cool enough to touch, I shook them in a ziploc with some confectioners sugar.

Next time, wait for the doughnuts to be fully cool before shaking in confectioner's sugar to avoid a condensation like effect/

It was not so bad and the doughnuts are yummy!

If you use a circle cookie cutter like I did, you can fill the doughnuts with jelly or jam too.

I should have used less confectioner's sugar too.

Posted by Unique Heart at Monday, December 15, 2014 No comments: